Prev
All Episodes
Next

After the death of her parents, Joo Ah Ran plots to ruin the family that destroyed hers.

She seduces and marries the son of her enemy, Shin Hyun Woo, who discovers her plan belatedly.

With a new face, courtesy of plastic surgery after meeting with a car accident, he decides to exact his own revenge upon her.

Joo Ah-Rans family was destroyed by Shin Hyun-Woo’s parents and, because of this, she is marrying Shin Hyun-Woo in a secret plan to exact revenge.

Sometime after their marriage, Shin Hyun-Woo is involved in a horrible car accident, leaving him in a coma.

Once Shin Hyun-Woo awakes from his coma he learns of Joo Ah-Ran’s revenge plot and then sets out on his own path for revenge…. 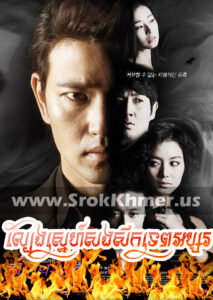 Paul hates Net, the woman who harmed and took the position of his mother, kicked her out of the house causing her to die in pain. 20 years later, Paul returns and finds Net owns the jewelry company owned by him. In revenge, Paul deliberately seduces Net. But Paul falls in love with Naen, the girl Net raised at the suggestion of Paul’s father, although she doesn’t love Naen. Singkorn is Net’s lover, but he has plans for Naen. Singkorn has known Naen for many years and has never given up on his intentions to Naen, which makes Naen feel very awkward. thai drama, thai drama eng sub, thai drama daily Khmer Thai Drama  thai drama 2020, thai drama list ละครไทย, ละครใหม่, ละครไทยย้อนหลัง, ละครไทย 2019, ละครไทย 2020, ละครไทยย้อนยุค. [caption id="attachment_1573" align="alignnone" width="214"]

Mek Mean Preah Atit Fah Mee Tawan (Thai Drama); ฟ้ามีตะวัน[/caption] My Drama List: Fah Mee Tawan. Donut Phattharapon Dejpongwaranon and<br>Prapye Ramida Theerapat A story follows a young businessman, Paul who plans to get back Crown Diamond, the company once owned by his mother. He is determined to take revenge and retrieve everything from the father who abandoned him and his mother to live with his new wife Netselao and the adopted daughter Nainapha , who took the love from his father. He charmed his stepmother’s trust only to find out that all the bad things in the family were caused by her and her lover Singkorn and Nainapha was just a victim, just like him. So he empathizes and secretly helps her until intimacy transforms into love. The plan to pull out the mask of the stepmother goes on with the love at stake. I tried to get an image. But you can look for yourselves.

Posted by: khmerthaidrama Released on: 12 months ago

Posted by: khmerthaidrama Released on: 11 months ago